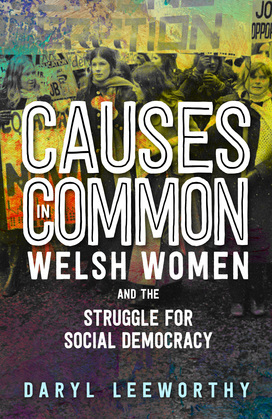 Welsh Women and the Struggle for Social Democracy
by Daryl Leeworthy (Author)
Buy for $18.48 Excerpt
Nonfiction History History by country Europe Great Britain 1799-before 1945 1945-1989 Social science Feminism & feminist theory Other Social history
warning_amber
One or more licenses for this book have been acquired by your organisation details

This book tells the compelling and revealing story of the women’s movement in modern Wales. Its panoramic sweep takes the reader on a journey from the nineteenth-century campaigns in support of democracy and the right to vote, and in opposition to slavery, through to the construction of the labour movement in the twentieth century, and on to the more recent demands for sexual liberation and LGBTQ+ rights. At its core is the argument that the Welsh women’s movement was committed to social democracy, rather than to liberal or conservative alternatives, and that material conditions were the central motivation of those women involved. Drawing on an array of sources, some of which appear in print for the first time, this is a vivid portrait of women who, out of a struggle for equality, individually and collectively, became political activists, grassroots journalists, members of councils and parliaments, and inspirational community leaders.