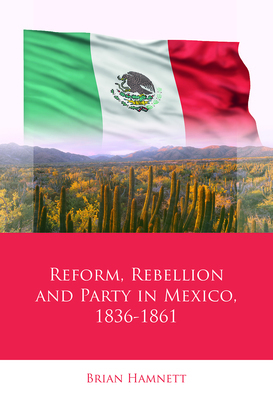 by Brian Hamnett (Author)
Buy for $107.91 Excerpt
Nonfiction History History by country Mexico 1799-before 1945
warning_amber
One or more licenses for this book have been acquired by your organisation details

Between 1836 and 1861, Mexico’s difficulties as a sovereign state became fully exposed. Its example provides a case study for all similarly emerging independent states that have broken away from long-standing imperial systems. The leaders of the Republic in Mexico envisaged the construction of a nation, in a process that often conflicted with ethnic, religious, and local loyalties. The question of popular participation always remained outstanding, and this book examines regional and local movements as the other side of the coin to capital city issues and aspirations. Formerly an outstanding Spanish colony on the North American sub-continent, financial difficulties, economic recession, and political divisions made the new Republic vulnerable to spoliation. This began with the loss of Texas in 1836, the acquisition of the Far North by the United States in 1846–8, and the European debt-collecting Intervention in 1861. This study examines the Mexican responses to these setbacks, culminating in the Liberal Reform Movement from 1855 and the opposition to it.