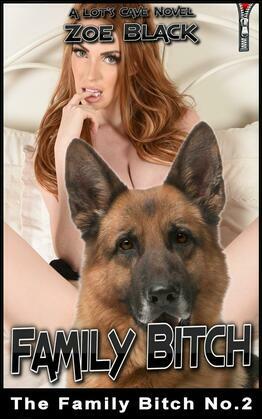 The Family Bitch No.2
by Zoe Black (Author)
Buy for €3.99 Excerpt
Fiction Erotica Romance Adult
warning_amber
One or more licenses for this book have been acquired by your organisation details

Paige was caught by her father while her dog Thor was riding her to orgasm. Since then he's turned her into his bitch, too. But now her brothers are going to get in on the action, as well as her mom, and more dogs want to ride her through the scalding heat of her intense climaxes.

Even my own father had come to realize that lately. That was why was here out back naked, collared, wearing furry mittens that resemble paws, with similar leggings that wouldn’t allow me to stand up. I had a blonde tail, and doggy ears sprouting from the sides of my head held in place by a thin wire.

I was a bitch, he said, a bitch in heat. And now I looked the part.