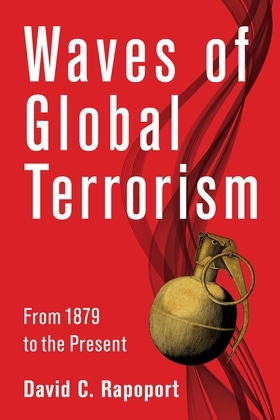 From 1879 to the Present
by David Rapoport (Author)
Buy for $34.99 Excerpt
Nonfiction Social science Political science Political freedom & security International security Terrorism
warning_amber
One or more licenses for this book have been acquired by your organisation details

Terrorism is a persistent form of political violence, but it appears intermittently, afflicting certain places in certain eras while others remain unscathed. Since the late nineteenth century, it has risen and fallen in recurrent generation-long spasms in which hundreds of short-lived groups wreak havoc. Why have past outbreaks of terror tended to come in waves, and how does this pattern shed light on future threats?

David C. Rapoport, a preeminent scholar of political violence, identifies and analyzes four distinct waves of global terrorism. He examines the dynamics of each wave, contrasting their tactics, targets, and goals and placing them in the context of the much longer history of terrorism. Global terror emerged in the 1880s after technological changes transformed communication and transportation and dynamite enabled individuals or small groups to carry out bombings. Emanating from Russia, a first wave of anarchists assassinated prominent figures in what they called “propaganda of the deed.” This was followed by a second wave of anticolonial terrorism that arose in the British Empire in the 1920s. Beginning in the 1960s, a third wave of New Left movements took hostages and hijacked airplanes. Most recently, religious movements—mostly but not entirely in the Islamic world—have constituted a fourth wave, pioneering self-martyrdom or suicide bombing. Rapoport also considers whether a fifth wave of anti-immigrant or white supremacist terror is emerging today. Recasting the complex history of modern political violence, Waves of Global Terrorism makes a major contribution to our understanding of the roots of contemporary terrorism.