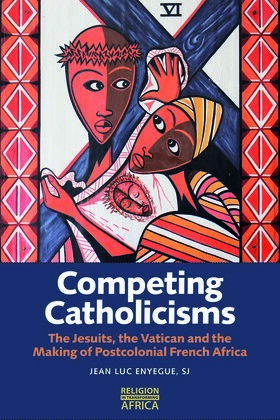 The Jesuits, the Vatican & the Making of Postcolonial French Africa
by Jean-Luc Enyegue Sj (Author)
Buy for $29.95 Read sample online Download sample
Nonfiction History History by country Africa Central Religion History of religions
warning_amber
One or more licenses for this book have been acquired by your organisation details

Explores the impact of Jesuit missions on the development of Christianity in postcolonial French Africa, which found itself at the centre of major shifts and struggles within global Christianity and world politics.

At a time when most African countries were moving towards independence, the Vatican was speeding up the Church's indigenization agenda in an effort to secure its survival in sub-Saharan Africa. Yet, at the same time, African nationalism was on the rise and, following the collapse of its colonial empire, France was attempting to reassert its influence in Africa. This book shows how the Vatican, French Jesuits, the rising Cameroonian indigenous clergy and leadership, and the first Cameroonian Jesuits competed for the Catholic evangelization of French Africa during the mid-20th century. In the mission field, they also competed with different Protestant groups, with whom they shared acommon aim: to convert African traditional religionists and different groups of African Muslims to Christ, while containing the spread of anti-religious ideologies such as Communism.
Tracing the rapid expansion of Christianity in Central and Western French Africa during the second half of the twentieth century, the author shows in this book how this competition for faith helped both build the church in French West Africa and Africanize the church alongside missionary Christianity in postcolonial Africa. He also explores the African reaction to this diverse and competing global agenda of Christianization, especially after Chad and Cameroon came together as part of a single Jesuit jurisdiction in 1973, and the way in which, despite differing interpretations of Catholicity which generated internal conflicts, Western Jesuits focus on popular masses and the poor, was able to contain the spread of Islam, counter the Chad's persecution of Christians during the Cultural Revolution (1973-1975) and secure the survival of Christianity as a missionary movement in which Western missionaries worked alongside a rising African clergy and leadership.

JEAN LUC ENYEGUE, SJ is the Director of the Jesuit Historical Institute in Africa, Nairobi. He also lectures on church history at Hekima University College, Catholic University of Eastern Africa.