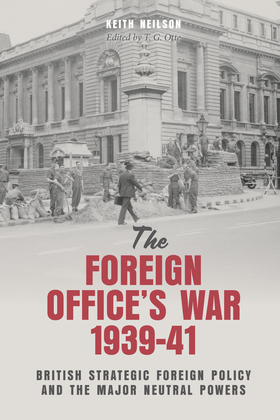 Based on extensive archival research, the book demonstrates that 1939 to 1941 was a period of intensive diplomatic activity by the British Foreign Office designed to ensure that Britain's potential enemies, especially Soviet Russia, Italy and Japan, remained neutral and that its most desirable potential ally, the United States, remained as friendly as possible until it could be persuaded to join in the conflict. The book highlights the importance of diplomacy towards neutrals for British policy, considers the complexities of the situation, tying together issues such as blockade and the disposition of British forces in various theatres, explores decision making within the British government, examining how the diplomatic considerations of the Foreign Office played into wider debates amongst ministers and senior civil servants, and discusses the various courses towards neutrals, including alternatives, advocated within the Foreign Office. Overall, the book provides a rich, highly nuanced view of British policy in this crucial period.