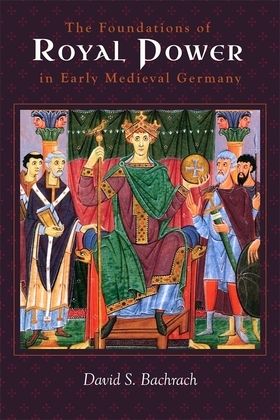 The Foundations of Royal Power in Early Medieval Germany

Material Resources and Governmental Administration in a Carolingian Successor State
by David S. Bachrach (Author)
Buy for $29.95 Excerpt
Nonfiction History History by country Europe Medieval
warning_amber
One or more licenses for this book have been acquired by your organisation details

The Ottonians were the most powerful monarchs in Europe during the tenth and early eleventh century, exercising hegemony in West Francia, Burgundy, and much of Italy in addition to ruling the German realm. Despite their enormous political and military success, however, the foundations of Ottonian royal power remain highly contested and largely misunderstood, with previous scholarship tending to have considered it as depending upon the ability of the king to shape and harness the power of the nobles.

This study challenges the dominant historiographical paradigm, rebutting the notion of putative power-sharing between the king and the nobility, which simply did not exist as a legal class in the Ottonian century. Rather, it argues that the foundations of royal power under the Ottonians comprised not only their own enormous wealth, but also their unique authority and ability, through the royal bannum, the authority inherent in the office of the king, to make use of the economic resources and labour of the broad free population of the realm, as well as from the Church. In so doing, the Ottonians drew upon and further developed the administrative, institutional, and ideological inheritance of their Carolingian predecessors, in the process creating the dominant polity in tenth-century Europe.