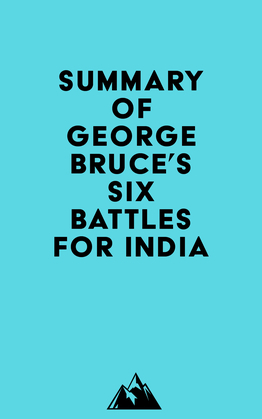 by   Everest Media (Author)
Buy for $3.99 Excerpt
Nonfiction History History by country Asia India
warning_amber
One or more licenses for this book have been acquired by your organisation details

#1 The British Empire was rising, and the forward policy ruled in India. General Sir Hugh Gough gave a ball at the military outpost of Ambala, northern India, on the night of the tenth of December, 1845. The music, the ritual, and the pleasure of such gatherings inevitably awoke memories of England.

#2 The British went to war with the Sikhs, five thousand miles from their homeland. They were led by good officers, and they believed themselves invincible. They knew that ex-officers of Napoleon’s Grand Army and American Colonel Alexander Gardner had trained the Sikh army to be a match for the British.