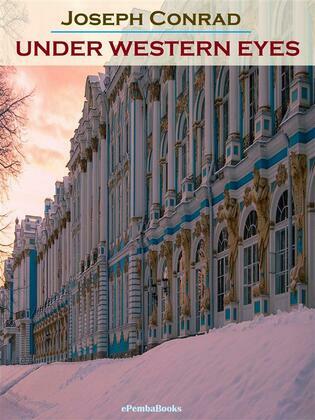 by Joseph Conrad (Author)
Buy for €0.50 Excerpt
Fiction Espionage Historical
warning_amber
One or more licenses for this book have been acquired by your organisation details

Originally published in 1911, “Under Western Eyes” is a novel by Joseph Conrad that is considered Conrad’s thematic response to Dostoevsky’s “Crime and Punishment” (1866). Critics consider the book one of Conrad’s finest pieces of literature and a companion to another one of his novels, “The Secret Agent.”

“Under Western Eyes” has also been interpreted as Conrad's response to his own early life; his father was a Polish independence activist and would-be revolutionary imprisoned by the Russians, but, instead of following in his father's footsteps, at the age of sixteen Conrad left his native land, only to return briefly decades later.

“Under Western Eyes” is one of the most political of all Conrad’s novels. It is simultaneously a critique of Russian absolutism and of its reactive counterpart, revolutionary terrorism.

“Under Western Eyes” tells the story of Kirylo Razumov, a Russian monarchist whose support for the Tsarist regime leads him to be recruited as a spy. When Razumov learns that an acquaintance, Victor Haldin, has assassinated a government official, he turns him in…