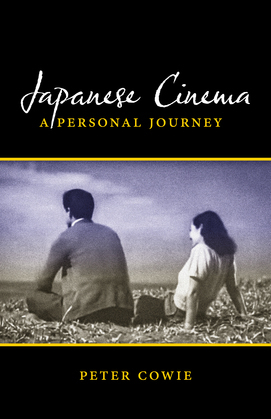 An informal yet informed journey through the classic works of Japanese cinema and their directors.

This is a passionate, personal journey through one of the world’s greatest national cinemas, beginning with the classic directors who came to the fore in the postwar period and became legendary names on the art house circuit: Kurosawa, Mizoguchi, Ozu, Kobayashi, Naruse, and Oshima, among others. Japanese Cinema traces the common themes explored by these directors as well as the impact of important historical and cultural issues, including World War 2, the representation of women, and the revolutionary spirit of the 1960s.

Finally, Peter Cowie surveys the state of contemporary Japanese film and its greatest living practitioners, Hirokazu Kore-eda among them, as well as the international face of Japanese animation, Hayao Miyazaki. Cowie brings a lifetime’s commitment to film to bear on the human relationships so well explored by these Japanese auteurs.