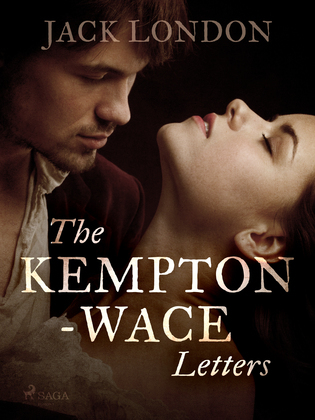 by Jack London (Author)
Buy for $2.99 Excerpt
Fiction Classics Nonfiction Human science Philosophy
warning_amber
One or more licenses for this book have been acquired by your organisation details

Pack away Danielle Steele, the vicar and the lonely housewife and take this little number to bed because Jack London and Anna Strunsky are dropping ample late-Victorian arguments about love and sex – a work so titillating that it was originally published anonymously.

No, the novel is exactly as steamy and provocative as its title suggests, "The Kempton-Wace Letters" being a discussion of contrasting opinions on love and how to approach it. Using pseudonyms, London makes the practical, scientific argument of eugenics and Darwinism, while Strunsky opts for the idea of romantic, passionate love in a traditional sense. The sensible vs. the sensitive. The mind vs. the heart. And one side will come out on top.

Structured as an exchange of letters between fictitious gentlemen, "The Kempton-Wace Letters" has its roots in the personal relationship of London and Strunsky whose differing views on marriage doomed a potential relationship.