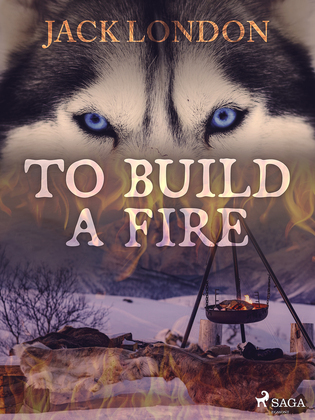 To Build a Fire

by Jack London (Author)
Buy for $2.99 Excerpt
Fiction Classics Fairy tales, folk tales & mythology
warning_amber
One or more licenses for this book have been acquired by your organisation details

‘To Build a Fire’ is one of Jack London’s (‘White Fang, ‘The Call of the Wild’) most cherished short stories. Drawn from London’s personal experiences, we follow an unnamed narrator taking his first steps into the untamed wilds of the Yukon. With only a native dog as his companion, our protagonist must contest with the hostile climate of the Yukon, as he surges ahead on a journey against nature that will shake him to his very core.

‘To Build a Fire’ challenges readers to consider what survival means to them, and the lengths they would go to carry on in the most unforgiving territory in the world. Fans of London’s previous works will be enthralled with this story of man versus nature.

Jack London (1876 – 1916) was an American journalist, social activist, and author of over 20 novels. From a working-class upbringing, London became one of the highest-paid authors of his time and a world-renowned celebrity. He is best remembered for his classic novels ‘The Call of the Wild’ (1903) and ‘White Fang’ (1906), and his short stories including ‘To Build a Fire’ (1902) and ‘An Odyssey of the North' (1900). Several of his works have found homes on the silver screen such as ‘The Call of the Wild’, which was recently adapted into a live-action film with ‘Star Wars’ and ‘Indiana Jones’ star Harrison Ford.