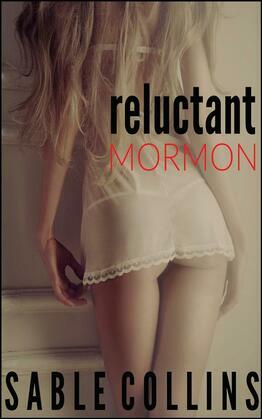 by Sable Collins (Author)
Buy for €2.99 Excerpt
Fiction Erotica Romance Adult
warning_amber
One or more licenses for this book have been acquired by your organisation details

Sister Olson and brother Benson go against their religion when they engage in pre marital sex. They feel guilty, but whose ever going to find out? The guilt turns to dread when brother Benson’s roommate brother Holden catches them in the act. He’s got video footage of the couple and threatens to show the president of the university unless sister Olson gives into brother Holden’s perverse demands. Will sister Olson comply?

He pulls tighter on my hair holding my head in place.  My body trembles, but I look back into his eyes in attempt to hide my anxiousness.  I wasn’t going to give him the satisfaction of watching me squirm because I know that’s exactly what he wants.

He lets go of his clench abruptly and begins unbuckling his pants.  He zips down his fly and lets his slacks fall to the floor.  I can see his cock with even more definition, bulging in his boxers.  I hold my breath with anticipation as he slowly pulls his boxers down.

His cocks springs out nearly hitting me in the face.  My mouth drops open.  I want to look away but can’t help but be transfixed.  It’s massive, nearly twice the size as brother Benson’s.  It hangs low and heavy between his legs with pulsing veins.  I jump when it twitches in front of my face.

I hear brother Holden chuckle.  I look up at him.  He’s got a shit eating grin plastered on his face.  It’s obvious he’s pleased with himself.  “Now show me what you did with brother Benson’s cock” he says, his cock once again twitching in front of my face.

I slowly raise my arm and reach out to grab his cock.  My hand barley wraps around his girth.  A twinge of warmth shoots between my legs as I feel his massiveness growing in my hand.  I look at him as I hold my hand in place.  “Don’t be shy sister Olsen” he says in husky tone.