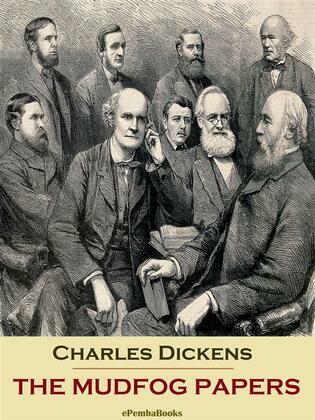 by Charles Dickens (Author)
Buy for €0.50 Excerpt
Fiction Humorous
warning_amber
One or more licenses for this book have been acquired by your organisation details

The writings collected in "The Mudfog Papers" were originally published in Bentley's Miscellany magazine between 1837 and 1839, a period in which Dickens himself, who still signed with the pseudonym Boz, was editor of the magazine. However, they were not collected and published as a book until 1880, ten years after the author's death.

In "The Mudfog Papers," Dickens introduces the Mudfog Society for the Advancement of Everything, a parody of the British Society for the Advancement of Science, founded in 1831, and other scientific societies of the Victorian era. Dickens shows himself in the account of their "activities" as ironic and critical as ever, but more joking than ever. The comedy and mockery sometimes reach the absurd and grotesque, and the hilarity provoked by his stories and characters leads the reader to lose sight at times of the satirical reflection of the reality that underlies what is narrated here. While he makes us laugh with the crazy scholars of the Mudfog Society and their eccentric inventions and theories, our author denounces some of the great evils of the Europe of his time and also... of ours.
Format
EPUB
Protection
DRM Free
Publication date
March 31, 2022
Publisher
ePembaBooks
ISBN
9791221317152
File size
2.39 MB