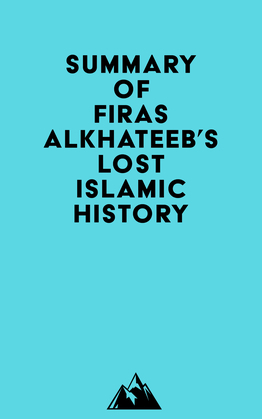 by   Everest Media (Author)
Buy for $3.99 Excerpt
Nonfiction Religion Islam
warning_amber
One or more licenses for this book have been acquired by your organisation details

#2 The Arabian Peninsula is a landmass in southwestern Asia that has been largely ignored by outsiders. Its dry climate is barely hospitable, even for the nomads who live there. Parched riverbeds run throughout the land, but they are hardly recognizable as rivers.

#3 The Arab’s life was based around the harsh environment in which they lived. Due to the desert’s inability to support settled civilization, the Arabs were constantly on the move in search of fertile land for their flocks.

#4 The pre-Islamic Arabs were almost exclusively polytheistic. The Arabs believed in the God of Ibrahim and Isma‘il, but they believed he was one among many different gods. They carved idols to represent his attributes.