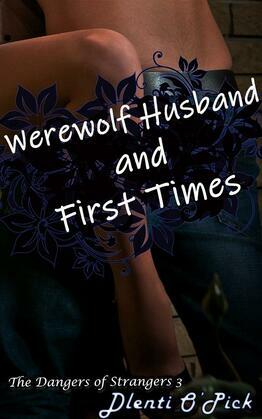 Book 3 of 'The Dangers of Strangers'
by Dlenti O'Pick (Author)
Buy for €2.99 Excerpt
Fiction Erotica Romance Adult
warning_amber
One or more licenses for this book have been acquired by your organisation details

Eighteen-year-old Arielle is taking a while getting used to her new husband. He is rather frightening man. He's handsome, but he's also incredibly muscular with an imposing height and stern eyes. She'll have to get used to his size soon as he's not going to wait forever for her to surrender all her first times to him- first touch, first kiss, first kiss with tongue, and many other steamy firsts.

"Milk now, sweetheart," he says, kissing her forehead as he tips the corner of the glass to her lips. "You have to finish it, my love."

"I don't like it," she repeats, hating the tremble in her voice. She's eighteen-years-old now, an adult. She shouldn't complain just because she needs to drink something she doesn't like. People do it all the time. Her husband has to go to work everyday even though it's clear that leaving upsets him as much as it does her.

Her eyes burn with unshed tears as she makes herself to swallow mouthful after mouthful, the taste mixing with the citrus in her mouth and making a rather unpleasant combination.

"That's it. There's a good girl," he coos, stroking her hair. He gives her another bite of the fruit, but she doesn't want it anymore. Her tongue feels gritty and gross, the taste of the milk sticking to it. She brings the back of her hand to her mouth and licks at it, trying to rub away the taste by rubbing her tongue against the dusting of fur on her skin.

He chuckles. "Poor darling. Is it really that terrible?"

"Let me have a taste," he murmurs, shifting her on his lap so that they are face to face. She doesn't understand why he would make her straddle him like this, seeing as the milk is in the glass on the table and he can probably get a taste of that awfulness by drinking the sediments that she is allowed to ignore. She would cry if she had to drink that- she did cry, and that's why he's since stopped making her.

He kisses away the frown on her face with a light peck between her eyebrows and she giggles at the way his bristles tickle her skin. "Open, darling," he hums, cradling the side of her face and his thumb pressing between the seams of his mouth.

She starts frowning a little bit again at first, and then it dawns on her that he means for her to open her mouth. She parts her lips reluctantly and gasps when he pulls her head close to his, closing the space between them by capturing her bottom lips between his own. He suckles her lip and angles her face the way he wants it so he can dive his tongue in deep into her mouth, taking a greedy taste of her.