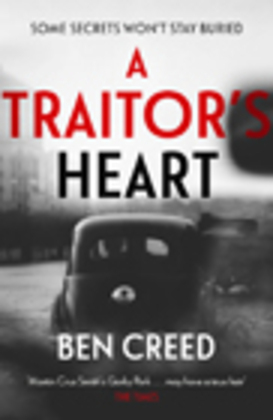 by Ben Creed (Author)
Buy for $13.99 Excerpt
Fiction Espionage War & military
warning_amber
One or more licenses for this book have been acquired by your organisation details

'Enthralling ... The dark story is leavened with sharp dialogue and flashes of dry wit' Financial Times

'A fantastically tense atmosphere, thickly spread with historical detail, makes this a spine-tingling page-turner' The Sun

Winter, 1952: Leningrad's icy streets are haunted by a murderer. The name is whispered everywhere – Koshchei has returned, the people say, Koshchei the Immortal. Koshchei, named after a sinister figure from Slavic folklore, is an invisible killer who cuts out the tongue of his victims and replaces it with a scroll of paper containing a few lines of what seems to be Italian verse.

Three thousand kilometres away in a labour colony above the Arctic Circle, threatened by the Thieves who rule the camp, former militia lieutenant Revol Rossel is close to death. As helicopter blades whip the snow into hallucinatory flurries, Rossel watches the arrival of a saviour he hates: Major Nikitin, the man who once cut off the former virtuoso violinist's fingers.

Along with skilled aviator Tanya 'Vassya' Vasilievna, the two men must hunt Koshchei down. On the trail, they uncover more riddles, including one centred on the ruins of Hitler's bunker, the Fuhrer's own copy of a Renaissance manual for tyrants, and secret code hidden within that leads to a weapon of unimaginable power. A weapon coveted by the scheming plotters of Stalin's Kremlin.

What Rossel and Nikitin do not know is that the mystery and the murderer are inextricably linked. And to save themselves they must not only catch Koshchei but also uncover the identity of another ghost – a ghost hiding among the remnants of Hitler's once all-powerful Third Reich.