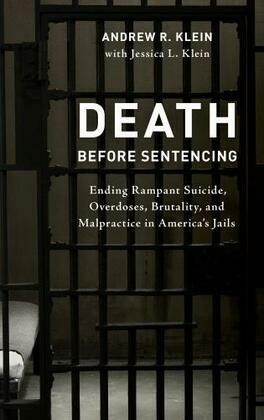 How have jails become the deadliest waiting rooms in America?

Death before Sentencing provides a sweeping exposé of thousands of avoidable deaths that have occurred in the U.S. county and local jail systems within the past few decades. These deaths have been overlooked, under-investigated, and even covered-up as jail systems avoid responsibility and refuse to take action.

This is the most complete investigation of the deadly side of jails, describing the daily deaths of detainees, including those from suicides, untreated drug and alcohol withdrawal, forced restraint and brutality, and general medical malpractice provided by for-profit correctional medical providers. The lack of attention and responsibility paid by state and local officials, law enforcement, and medical examiners has facilitated these ongoing and increasing avoidable deaths.

Looking forward to reforms being initiated by the U.S. Justice Department Civil Rights Division and within state legislatures and celebrating successful lawsuits, Andrew R. Klein lays out institutional reforms required to curtail the epidemic of the daily deaths in America’s jails.