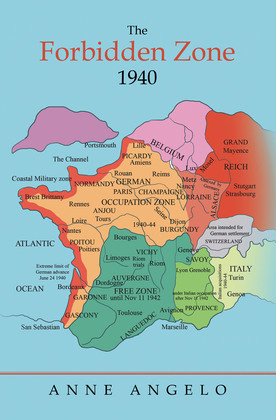 by Anne Angelo (Author)
Buy for $4.99 Excerpt
Nonfiction Biography & autobiography
warning_amber
One or more licenses for this book have been acquired by your organisation details

This is a continuation of the story of Anne Angelo, as published in the companion book: A Sprig of White Heather and a Scottish Lass. It is a heart-warming story that completely justifies the researching and writing. It demonstrates how inexorably lives can be shaped and directed by the circumstances of birth and the environment in which the formative years are spent.
Born in Invergordon, Ross-shire, in the Highlands of Scotland, to parents utter opposites in cultural and social backgrounds, education, heredity, and race—and further, tragically, in conflict since the very day of their wedding—her world until the age of twenty was one of hatred and heartbreak, fear, and disillusionment and despair.
Released at that age, by entirely fortuitous circumstances over which she had no control, she enjoyed a period of blissful living in France. The coming of the War brought an end to that.
The actions of the German Forces of Occupation against her drove her into her activities with the French Resistance.
It was inevitable she would be betrayed. She was forced to flee to the only place where she could be sure enemy agents could not reach her—her father’s house in the Scottish Highlands, where the security for the old naval base was still effective, but where she had no protection from her father’s wiles and hostile intentions.
In many ways, her story outdoes that of Hatter’s Castle. Clinging to the slender thread of the love she found in France, she endures. Until the sun shines and, in a surprising revelation, shows that motives and intents are not always what they are thought to be.