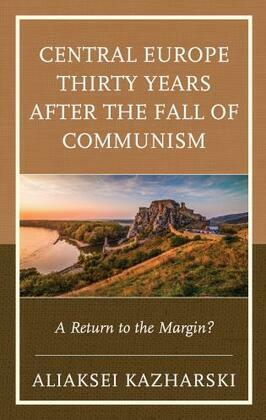 Central Europe Thirty Years after the Fall of Communism

A Return to the Margin?
by Aliaksei Kazharski (Author)
Buy for $45.00 Excerpt
Nonfiction Social science Political science International relations
warning_amber
One or more licenses for this book have been acquired by your organisation details

This book examines the politics and international relations of Central Europe (the Visegrád Four) three decades after the fall of communism. Once bound together by a common geopolitical vision of "returning to the West," the Czech Republic, Hungary, Poland, and Slovakia now find themselves in a more ambiguous position. The 2015 European migration crisis exposed serious normative differences with Western Europe, leading to a collective V4 rebellion against the European Union's migration policies. At the same time, as this book demonstrates—despite this normative rift with Western Europe and despite the democratic backsliding in some of the V4 states—they remain deeply dependent on the West in both symbolic and material terms. Furthermore, ways in which individual Central European states position themselves vis-a-vis the West exhibit notable differences, informed by their specific political and cultural legacies. The author examines these in separate country chapters. This book also contains a chapter that analyzes the effect of the COVID-19 crisis on political discourses in the V4.