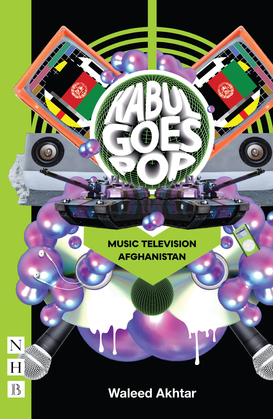 by Waleed Akhtar (Author)
Buy for $18.49 Excerpt
Fiction Drama
warning_amber
One or more licenses for this book have been acquired by your organisation details

Afghanistan. It's 2004. Farook and Samia broadcast live every day to the whole of Kabul, delivering ninety minutes of musical bliss: Britney, Backstreet Boys and Enrique Iglesias. But when their show starts to make waves, the two young friends must take on repressive forces to build a new Afghanistan.

Inspired by the true story of Afghanistan's first youth music programme, Waleed Akhtar's play Kabul Goes Pop: Music Television Afghanistan explores a world following the US invasion that is complex, contradictory and shocking – all to a soundtrack of early noughties' pop.

The play premiered at Brixton House, London, in 2022, directed by Anna Himali Howard, before touring the UK. It was presented with HighTide, in association with Mercury Theatre Colchester.