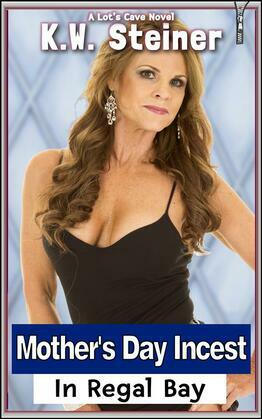 For Rayanna Lawrence, coming to grips with her sexuality was an easy thing. She had known since her early teens that she was bi-sexual was proudly open about it. For her divorced mother Sarah, Ray’s sexuality was a point of friction between them. A Mother’s Day luncheon that included Ray’s grandmother Lynn would change the lives of all three women, opening eyes that were previously closed to Sapphic pleasures.

Rayanna eased onto her side and reached for her cell phone, sitting on the lamp stand at her side of the bed. She checked the time (7:18 am) and if she had any missed calls or texts. She had neither. Returning the cell phone to the stand she rolled back onto her back and let the memory of the previous night roll through her mind.

Ray had the night off from her job at Fryer’s Electronics and not wanting to waste another evening that week sitting in her bedroom absently watching television while scrolling through Facebook on her phone, she decided to make the rounds of Regal Bay’s club scene. Although she had chosen not to attend college after high school, Ray still enjoyed hanging out with that crowd during the weekends, when it more likely than not she would hook up with someone her age for a night of noncommittal sex. That Saturday night, however, Ray found herself gravitating to Michaela’s Place, one of the few clubs in the area that catered exclusively to a female clientele. Although it was not advertised as a lesbian club, Michaela’s Place was where much of Regal Bay’s single lesbian population could be found nearly every night of the week.

Ray never thought of herself as a lesbian, any more than she thought of herself as straight. She always just thought of herself as herself, and when the craving for sex came over her, as it did often for any young adult, Ray just followed her libido. When she craved the touch of a man, she went looking for men. When she craved the softer touch of a woman, she went looking for women. Since graduating from high school, however, Ray found herself spending less time craving male companionship and more and more nights with other girls her age, or women older than her twenty years. Some much older. One of those with whom she had spent time more and more time with was Vanna Russell.