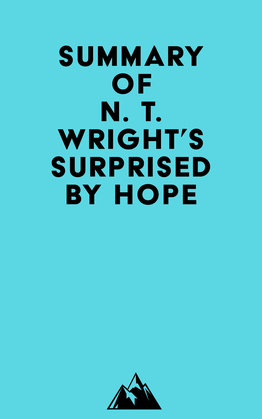 by   Everest Media (Author)
Buy for $2.99 Excerpt
Nonfiction Religion Christianity
warning_amber
One or more licenses for this book have been acquired by your organisation details

#1 The world was plunged into a week of national mourning for Princess Diana in autumn 1997. People brought flowers, teddy bears, and other objects to churches, cathedrals, and town halls, and stood in line to write touching but sometimes tacky messages in books of condolence.

#3 The Christian belief in life after death is a muddle, and it produces serious mistakes in our thinking, praying, liturgies, and practice. It is crucial that we understand what we believe about death and life beyond it, because it affects everything else.

#4 There is a world of difference between the Muslim who believes that a Palestinian boy killed by Israeli soldiers goes straight to heaven, and the Hindu who believes that the rigorous outworking of karma means that one must return in a different body to pursue the next stage of one’s destiny.