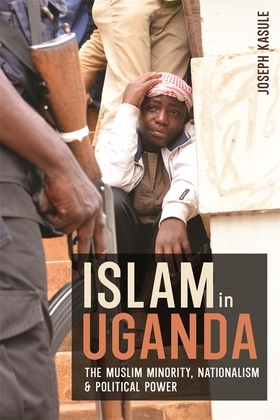 Between 2012 and 2016 several Muslim clerics were murdered in Uganda: there is still no consensus as to who was responsible. In this book Joseph Kasule seeks to explain this by examining the colonial and postcolonial history of the Muslim minority and questions of Muslim identity within a non-Muslim state. Challenging prevalent scholarship that has homogenized Muslims' political identity, Kasule demonstrates that Muslim responses to power have been varied and multiple. Beginning with the pre-colonial political community in Buganda, and Muteesa I's attempted Islamization of the country using Islam as a centralizing ideology, the author discusses how the political status of Islam and Muslims in Uganda has been defined under successive regimes. Muteesa I's Islamization faltered when Christianity entered Buganda in the latter half of the 19th century, resulting in division between Muslim and Christian sections. The colonial period created a new type of political project that defined the Muslim question as one of representation, and Kasule discusses how this laid the foundation for a politics of Muslim containment within a predominantly Christian power. He examines contrasting urban-based Muslim organizations and rural expressions of Islam; tension between representative claims of Muslim leaderships within the demand for Muslim autonomy; and the rise of new reform groups. As these splits turned violent, 'new' Muslim 'publics' emerged around opposing centres of Muslim power which sought different resolutions to their minority situation.