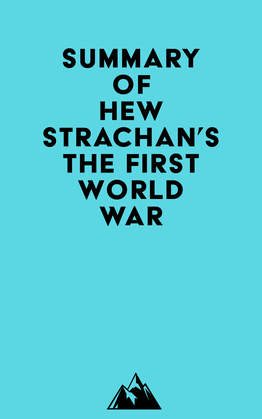 #1 The weekend of 12 — 14 June 1914 was a busy one at Konopischt, the hunting lodge and favorite home of Archduke Franz Ferdinand. Here, he could indulge his passion for field sports and escape the stultifying conventions of the Habsburg court in Vienna.

#2 The Concert of Europe was an order that was established in 1815 to prevent major war on the continent for a century. But in 1914, Austria-Hungary had lost faith in it, and it was not extended to the Balkans.

#3 The situation in the Balkans was as much a matter of domestic politics for Austria-Hungary as it was of foreign policy. The empire consisted of eleven different nationalities, and many of them had ethnic links to independent states that lay beyond its frontiers.

#4 The discussions between Franz Ferdinand and Wilhelm at Konopischt did not just concern foreign policy. The Kaiser was inclined to take a less jaundiced view of the Magyars, and he had met their prime minister, István Tisza, in March. They agreed that a fresh initiative in the Balkans was needed to create an alliance favorable to Austria-Hungary.