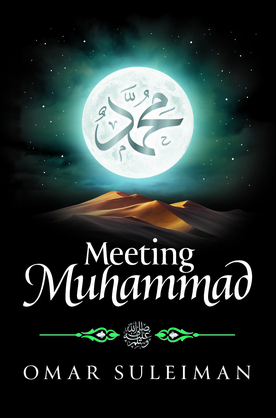 by Suleiman Omar (Author)
Buy for $8.99 Excerpt
Nonfiction Religion Islam
warning_amber
One or more licenses for this book have been acquired by your organisation details

“My eyes have never seen anything better than you. No woman has ever given birth to anyone as beautiful as you. You were created free from all flaws. As if you were created exactly as you wished. – Hassan Ibn Thabit (RA)

Do you ever wonder what it would be like to be in the presence of Prophet Muhammad ﷺ, as his companions were? What would it be like to see him, to host him in your home, pray behind him, and have him as a teacher and friend?

Through 30 beautifully detailed chapters with narrations from companions, take a journey from only knowing about him to knowing him and loving him and feel what it was like to be a companion of his in this life and strive to be companions of his in the next.