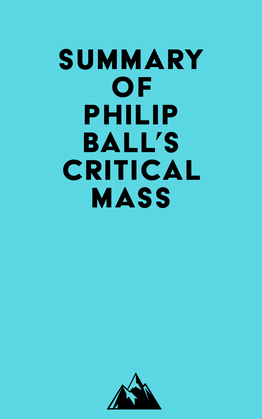 by   Everest Media (Author)
Buy for $3.99 Excerpt
Nonfiction Human science Psychology Psychotherapy Counseling
warning_amber
One or more licenses for this book have been acquired by your organisation details

#2 The English Civil War was the result of a system of government that had been previously upheld by divine and moral imperatives being revealed as arbitrary and contingent. The monarchy with its councillors and Star Chamber harked back to the medievalism of Elizabethan society, but the spirit of the age cleaved to something more democratic.

#3 The mechanical worldview, which was developed by the scientists of the Renaissance, was challenged by the philosophers of the Enlightenment, who developed a political theory out of it.

#4 The method of the theoretical scientist, to stipulate fundamental first principles and see where they led him, was used by Hobbes to analyze human nature and how people interact. He found that the most stable society was one based on what we would now call communism.