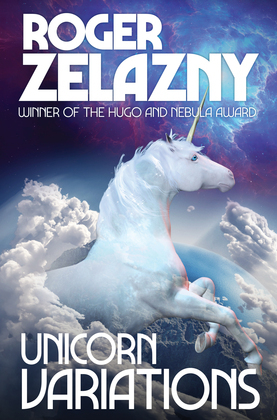 by Roger Zelazny (Author)
Buy for $6.99 Excerpt
Fiction Fantasy Contemporary & supernatural fantasy Epic Science fiction Adventure
warning_amber
One or more licenses for this book have been acquired by your organisation details

Roger Zelazny was a science fiction and fantasy writer, a six time Hugo Award winner, and a three time Nebula Award Winner. He published more than forty novels in his lifetime. His first novel This Immortal, serialized in The Magazine of Fantasy and Science Fiction under the title ...And Call Me Conrad, won the Hugo Award for best novel. Lord of Light, his third novel, also won the Hugo award and was nominated for the Nebula award. He died at age 58 from cancer. Zelazny was posthumously inducted into the Science Fiction Hall of Fame in 2010.

“An explosion of style and personality unique in science fiction, Zelazny is a law unto himself, driving over and through the conventional forms of science fiction . . .” Speculative Bulletin