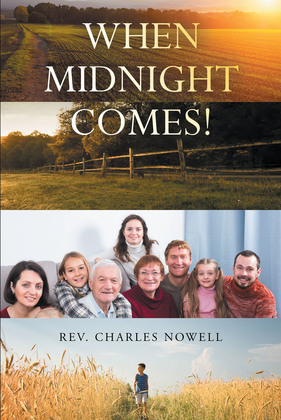 by Rev. Charles Nowell (Author)
Buy for $9.99 Excerpt
Nonfiction Religion
warning_amber
One or more licenses for this book have been acquired by your organisation details

It is of great honor and privilege that I present to the readers writing that will give those who possess these words in their view all that can have many to tell others what they have purchased as a powerful reminder of past, present, and future writings. During my years of sharecropper’s son for nineteen years. God bless to have an Afro-American father and mother who were able to buy and farm many produce for market purchases. It was there on this farmland in Hobbsville, North Carolina. As the youngest of eleven children, it was in rural North Carolina where my father and mother have one large farm. During these years, Daddy purchased the farm, owned a small store, was a preacher of the gospel, was a pastor, and was a leader of a rural country congregation. But it was never his obligation and duty as a father of eleven children, but he maintained who he was. I grew up going to school in a red brick schoolhouse attended only by Afro-Americans (Negros) for many of my younger years. By now, I came accustomed to the beginning of freedom but still slaves; it was there in rural North Carolina that I learn what slavery was all about.

My father and mother raised eleven children from the sweat and tears while dealing with racialism in the ’40s, ’50s, and ’60s, but they were able to raise eleven professional children as follows:

Marjorie Nowell (King)—a housewife and a mother of four boys

This will give readers a close look at my past and now. Thank you.