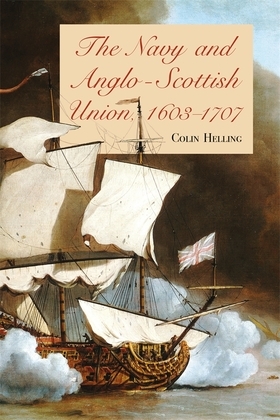 by Colin Helling (Author)
Buy for $29.95 Excerpt
Nonfiction History History by country United States Other Military <1799
warning_amber
One or more licenses for this book have been acquired by your organisation details

This book examines the union of England and Scotland by weaving the navy into a political narrative of events between the regal union in 1603 and the parliamentary union in 1707. For most of the century the Scottish crown had no separate naval force which made the Stuart monarchs' navy, seen by them as a personal not a state force, unusual in being an institution which had a relationship with both kingdoms. This did not necessarily make the navy a shared organisation, as it continued to be financed from and based in England and was predominantly English. Nevertheless, the navy is an unusually good prism through which the nature of the regal union can be interrogated as English commanded ships interacted with Scottish authorities, and as Scots looked to the navy for protection from foreign invaders, such as the Dutch in the Forth in 1667, and for Scottish merchant ships trading with the Baltic and elsewhere. These interactions were often harmonious, but there were also many instances of tensions, particularly in the 1690s. The book illustrates both the ambiguous relationship between England and Scotland in the seventeenth century and also the navy's under-appreciated role in creating the political union of Britain.