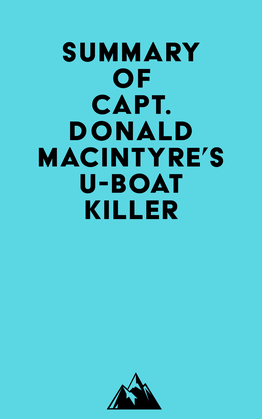 by   Everest Media (Author)
Buy for $2.99 Excerpt
Nonfiction History History by country Europe
warning_amber
One or more licenses for this book have been acquired by your organisation details

#1 I had been commissioned as Sub-Lieutenant in 1926, and in 1939 I was enjoying foreign service leave after returning from a two-year commission in command of the destroyer Defender on the China Station. I had spent the past thirteen years of service divided between destroyers and the Fleet Air Arm, two branches of the Navy that were ideally suited to give me the training necessary for the role I was destined to play in the war.

#2 The years that followed in the Hermes on the China station and the Courageous at home were extremely enjoyable. But I chafed at the lack of appreciation of what aircraft could do. Gunnery was the naval officer’s god, and ex-gunnery officers occupied most of the positions on the Flag List.

#3 The asdic is a device that sends out sound waves and picks up the same waves if they are reflected off an object and return to the receiver. The transmitter-receiver is immersed in water, and the conical sound beam it sends out is broad and deep.

#4 The asdic was a device that could be used to search for submarines. It worked by sweeping across a broad arc from one side of the ship’s course to the other, stopping every few degrees to transmit a ping, and then listening for any echo coming back. If an echo was received, the sound beam was held on to it, the range and bearing were read off, and the course and speed of the target were passed to the plotting table.