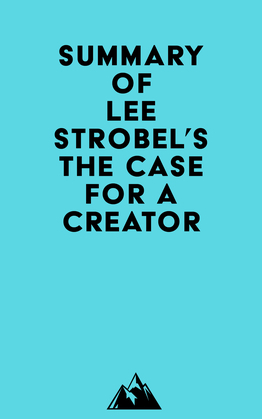 Summary of Lee Strobel's The Case for a Creator

#1 I was a rookie reporter for the Chicago Tribune in 1974. I had worked on smaller newspapers since I was fourteen, but this was the big leagues. I was already addicted to the adrenaline.

#2 I was sent to West Virginia to cover the miners’ strike, and was warned to be careful by the editor of the newspaper. I couldn’t tell if the emotion I felt was fear or exhilaration.

#3 I visited Charleston, South Carolina, in order to cover the textbook controversy. I found that just mentioning the word textbook to anybody in these parts would instantly release a flood of vehement opinion.

#4 There was also a deep underlying fear of the future, of change, and of new ideas. People were frustrated with how modernity was eroding the foundation of their faith.