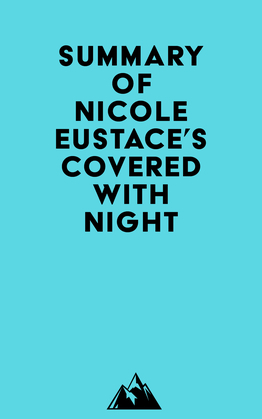 by   Everest Media (Author)
Buy for $2.99 Excerpt
Nonfiction History History by country United States Historical period Native American
warning_amber
One or more licenses for this book have been acquired by your organisation details

#1 In 1721, Isaac Norris, a Quaker man, purchased a copy of The American Almanack for the Year of Christian Account, 1722. The book warned of a Total Eclipse of the Moon that would be visible on June 17th. Every one of Leeds’s predictions came to pass in 1722.

#2 The founding of the United States was not a simple diplomatic instrument. The colonists who went to Albany for cross-cultural discussions in 1722 could not have known that they were enacting a key moment in American culture. They regarded the Native leaders they met as simple savages.

#3 The Pennsylvanian case of 1722 showed that Native American philosophy could coexist with European philosophy. The Susquehannock man who represented the Native peoples, Captain Civility, tried to teach the colonists the strength of their Indigenous commitment to building community.

#4 The founding document of Pennsylvania, the charter granted by the English Crown, declared that Penn was acting out of a commendable desire to expand their English Empire and promote useful commodities. For the English, the value of civil society was theirs to share with savages.