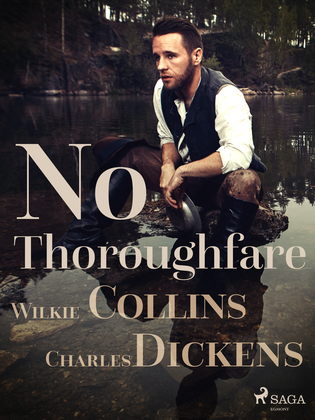 What happens if two boys are given the exact same name? If you guessed 'disaster in adulthood', you would be right. When one of the men dies, there is an exciting adventure to find his heir. Leading from London to the sunny Mediterranean and across to the Alps, you will meet a diverse cast of characters; some good, some bad, and some that are eerie and exotic. 'No Thoroughfare’ is a play in five acts written as a collaboration between two great writers; Charles Dickens and Wilkie Collins. Full of mystery and romance with a touch of excitement, this dramatic play is well worth reading for any Dickens or Collins fan.

Regarded by many as the greatest novelist of the Victorian era, Charles Dickens is best known for creating some of the world’s best known fictional characters who feature in his most popular novels, including The Artful Dodger in 'Oliver Twist’, Ebenezer Scrooge in ‘A Christmas Carol’, and Miss Havisham in ‘Great Expectations’. Dickens’ timeless novels and short stories are still widely read today and many have been adapted into countless TV programmes and films including the Academy Award-winning musical ‘Oliver’, and 'A Christmas Carol' which is well known worldwide and is a huge favourite movie for families to watch together at Christmas time.

London-born Wilkie Collins (1824-1889) became known in Victorian England for his novels and plays, sometimes writing with Charles Dickens. His most famous works, "The Woman in White" (1859) and "The Moonstone" (1868), are examples of the first modern detective novels.