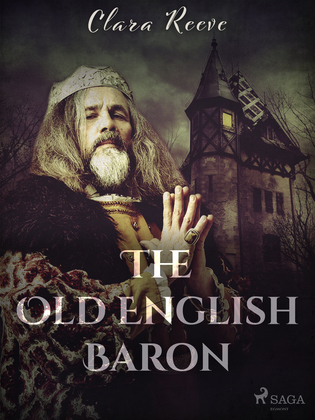 "Though I have been dead these 15 years, I still command here and none can enter these gates without my permission."

The ghostly guardian of his childhood friend's castle is enough to give Sir Philip Harclay the creeps. A wing of mysteriously abandoned rooms only adds to the tension as Sir Philip discovers the castle's secrets and, in an effort to uphold the truth, ends up facing a trial by combat. If you enjoyed 'The Tudors', you'll like this classic story featuring a collection of knights and barons, alleged usurpers, forbidden love and spine-tingling suspense.

The author cites Horace Walpole's Gothic novel 'The Castle of Atranto' as an inspiration for her book. 'The Old English Baron' soon joined Walpole's novel as one of the major influences in the development of the Gothic genre that spawned Mary Shelley's 'Frankenstein' and Bram Stoker's 'Dracula'.

The English author and translator Clara Reeve (1729-1807) published 24 volumes and five novels in her career. The two to gain fame were 'The Champion of Virtue' - a groundbreaking history of prose fiction - and 'The Old English Baron'.
She lived mainly in Ipswich and was the daughter of a vicar.