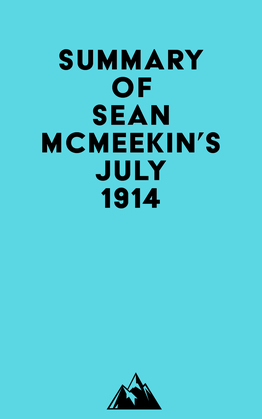 #1 The assassination of Archduke Franz Ferdinand was the declaration of war by Serbia on Austria-Hungary. It quickly spread across Europe, and the government officials in Austria decided that the only response was war.

#2 Conrad, the army chief of staff, was as stubborn as Franz Ferdinand. He had been advocating the destruction of Serbia since the First Bosnian Crisis in 1908, and he was never going to back down now.

#3 The news of the assassinations shocked Vienna. Some thought it was an inside job, cooked up by German or Austrian intelligence. Others suspected Hungarian minister-president Tisza, who may have seen Franz Ferdinand as a threat to Hungary’s privileged position in the dual monarchy.

#4 The mood in Vienna was somber, while in Bad Ischl, the alpine spa town southwest of Vienna where the Habsburg emperor preferred to spend the summer months, the atmosphere was more lighthearted. The picture beginning to emerge in reports from Sarajevo was disturbing but also clarifying: there had been multiple assassins on the Appelquai, all of them Bosnian Serbs with murky ties to secret societies inside Serbia.