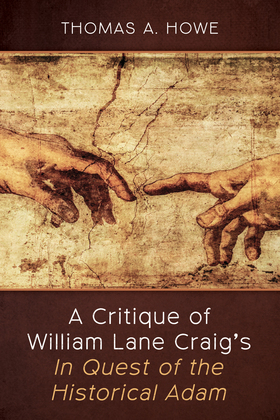 by Thomas A. Howe (Author)
Buy for $34.00 Excerpt
Nonfiction Religion Biblical studies
warning_amber
One or more licenses for this book have been acquired by your organisation details

For many, Dr. William Lane Craig is considered to be a Christian scholar's scholar. Even attempting to list the books, articles, debates, lectures, etc. would not do justice to his importance for Christian apologetics, theology, and philosophy. He has defended the historic Christian faith against countless attacks and has demonstrated that Christian thinkers are a force that cannot be brushed aside or ignored. His latest book, In Quest for the Historical Adam, is generating as much if not more attention than any of his previous publications. This text is controversial, but the controversy is not primarily from those outside the faith. His claims penetrate to the foundations of classical orthodox theology, and many Christians are alarmed at his conclusions. He has set out on a quest to discover, by philosophical argument, analysis of the biblical text, appeal to contemporary evolutionary theory, and arguments from an array of disciplines, whether the Adam depicted in Genesis was an actual historical person. Following the structure of his book, this essay is a critical evaluation of his arguments and conclusions about the historical Adam.