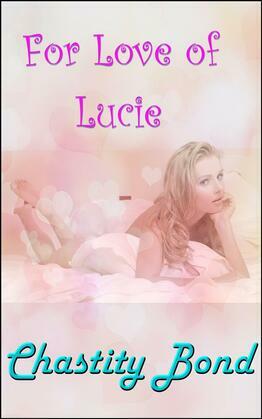 For Love Of Lucie

All In The Family No.3
by Chastity Bond (Author)
Buy for €3.99 Excerpt
Fiction Erotica Romance Adult
warning_amber
One or more licenses for this book have been acquired by your organisation details

Chase doesn't have to like Gray’s rules, but he does have to live by them. Which means Gray and Lucie can have sex as much as they like and he can't complain. But Chase is eighteen and sometimes doesn't think. Now it's up to Lucie's brothers to try to get through to him, in the best language they know... sex. And it's all for love of Lucie.

Both brothers were half-naked, clad only in a pair of jeans, their muscular chests bared. Mother Nature had certainly not short-changed this family when it came to good-looking physiques. Not that he ever thought of his brothers-in-laws as good-looking.

He tried to keep his thoughts from taking that particular path, which could never end well for him, but unfortunately for him, memories of Spencer’s warm mouth around his dick surfaced. Damn, he knew how to suck cock.

Shit, he should probably just leave now. Worry about Lucie later. Like when she came home. He could deal with her then.

He turned to reach for the doorknob, but too late. Simon had come up behind him when he wasn’t looking, blocking Chase’s exit.

“What’s going on here?” Chase tried to bluff a bravery he was far from feeling. “Why are you in my room?”

“Your room?” Spencer echoed. “How is this your room when it’s Gray’s house?” He was moving toward Chase now, as gracefully as any panther… and probably just as lethal.

“Maybe it’s his house but this room is mine and Lucie’s,” Chase insisted. He took a step away from his oncoming brother-in-law, only to back into Simon, who was still behind him. Trapped, he was helpless to do anything as Spencer continued to draw nearer and nearer until he stood right next to him. So close, Chase could feel his warm breath, which smelled like cherry.

“I thought you understood the rules,” Spencer said. “The ones Gray laid down for you so carefully. You remember his rules, don’t you, Chase?”