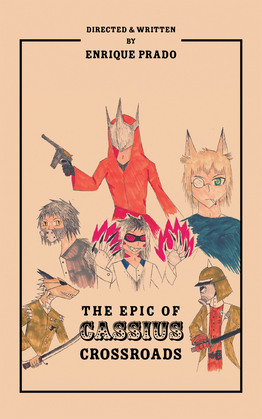 The Epic of Cassius Crossroads

by Enrique Prado (Author)
Buy for $3.99 Excerpt
Fiction Science fiction Adventure
warning_amber
One or more licenses for this book have been acquired by your organisation details

Two hundred years ago a Man in Amber held the world on his back, but in his time of need, humanity coward, and were then cursed. Monsters of unspeakable horror now roam the earth, man now mutated to resemble the beast of the earth have fled to the farthest reaches. But against all odds they have managed to rebuild.

In the land of Akumu Verde, the newest members of the Krahe Dragoons have been added to their ranks. Of them are Charles Crossroads, Roy, and Bawui, whose first assignment takes them to the edge of their homeland. Where what would have been a simple search and rescue, has now become a fight for their lives and sanity.