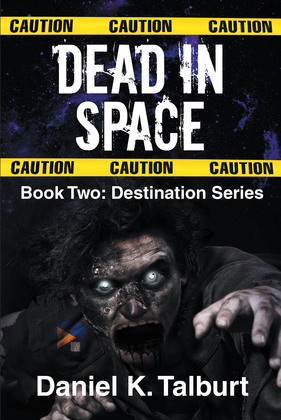 Book Two
by Talburt,Daniel K. (Author)
Buy for $9.99 Excerpt
Fiction Science fiction Space opera and planet opera
warning_amber
One or more licenses for this book have been acquired by your organisation details

Forged in fire and bound together by adversity, Captain Erik Vallatin and the crew of the Destination set out on their first mission: terraforming a planet rendered lifeless by a murderous android race. But someone on board may not be what he seems.

There’s trouble elsewhere in the galaxy when USS Atrium is called away to a biological tragedy that kills then resurrects the dead as flesh-eating zombies. Could the hope of everyone on Novar Prime rest in the hands of a former killer android who’s struggling with his past and his newfound humanity?

Could Destination hold the key? Could the survival of the inhabitants depend on an experimental device and one of Earth’s greatest enemies?

Erik and the crew must combine forces with some of Earth Fleet’s renowned heroes to battle the epidemic.

Find out in Dead in Space, the explosive new novel from the Bad Boy of Science Fiction, Daniel K. Talburt, author of the exciting Destination series and Destination Unknown, the book that started it all.