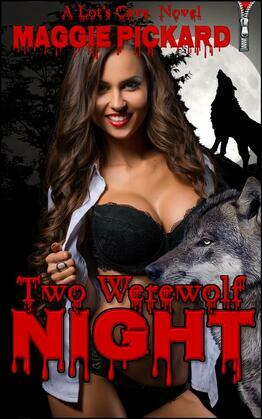 by Maggie Pickard (Author)
Buy for €3.99 Excerpt
Fiction Erotica Romance Adult
warning_amber
One or more licenses for this book have been acquired by your organisation details

After a divorce and a job loss Julie discovers a place where she really fits in. Being between a rock and a hard place can sometimes be a good thing.

Her friend Maggie Symek had arranged for a "Divorce Party" which ended up being quite wild. Maggie had invited a bunch of their friends and even hired a male stripper for some extra stimulation. Julie had ended the evening by getting Dennis's number. He was one of their single friends and he was the complete opposite to Nigel. He was tall, bald, very well built and seemed like a lot of fun. Maggie got his number as well and Julie had a feeling that she would have to move quickly.

With the rain lashing down on the windshield, the pitch black sky illuminated by the lightning and the rumbling thunder Julie regretted taking the short cut. The trees on either side of the road when illuminated by the headlights made it look like she was driving through a tunnel. She kept thinking what Maggie had said, that there were Werewolves in this area. She dismissed it as nonsense, Maggie had werewolves on the brain and she was always reading those rather dubious and borderline erotica novels about them. "Werewolves do not exist." she said to herself as she peered through the wet windshield trying to see the road.

Suddenly there was a flash of lightning coupled with an almost instant crack of thunder. The lightning revealed a large figure at the side of the road, the figure was in the shape of a human but much too big. It was almost seven feet tall and very wide at the shoulders tapering towards the hips. The brief flash of light showed a muscular physique and what looked like a furry or fuzzy outline like it was covered in hair. Julie jerked the wheel in shock and had to quickly correct causing the car to slide sideways. She stamped on the brakes and the car slid over the side of the road and into a ditch. It rolled and Julie banged her head on the driver’s side window. The last thing she remembered from her upside down position was a large figure running towards her and hearing a deep, throaty growl.