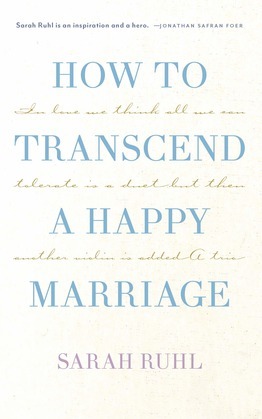 How to transcend a happy marriage (TCG Edition)

by Sarah Ruhl (Author)
Buy for $14.99 Excerpt
Fiction Drama
warning_amber
One or more licenses for this book have been acquired by your organisation details

Over dinner with another married couple, George and her husband grow fascinated by stories of their friends’ new acquaintance—an intriguing younger woman named Pip. What begins as an innocent intellectual discussion turns into a sexually explosive New Year’s Eve party after George extends an invitation to Pip and her two live-in boyfriends, raising the question: What ultimately binds human beings together?