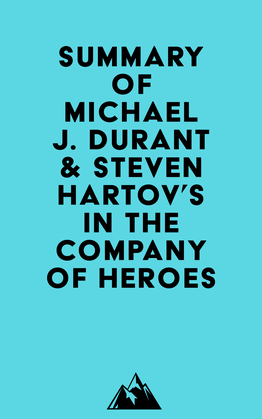 Summary of Michael J. Durant & Steven Hartov's In The Company Of Heroes

#1 I woke up in the silence of my own grave. The chopper had come down like Dorothy’s house in The Wizard of Oz, spinning fast, falling even faster, and finally slamming its nine tons of steel into the hard-packed ground.

#2 I was aware of the sounds of gunfire in the distance, the chatter of small arms, and the ominous double booms of RPGs. I was prepared to battle the Somalis.

#3 The crash site was defended by the Best of the Best, and it seemed like everything was going to be fine. However, Shughart and Gordon were the last hope to defend the crash site, and they were shot down soon after.

#4 I was badly injured and scared, but I did not want to fall into the hands of the Somalis. I was terrified of what they might do to me.