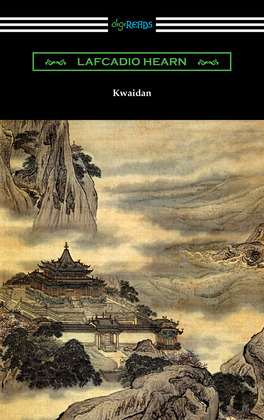 by Lafcadio Hearn (Author)
Buy for $4.99 Excerpt
Fiction Fairy tales, folk tales & mythology
warning_amber
One or more licenses for this book have been acquired by your organisation details

Upon his arrival in Japan in 1890, Lafcadio Hearn found himself enamored with the culture, people, and stories of the country, and would make Japan his home until his death in 1904. His collections of stories published during this time became the most popular of Hearn’s writings, and earned him veneration worldwide as not only a great translator of Japanese mythology, but as a sensational teller of strange and wonderfully macabre tales. “Kwaidan” is most commonly translated as weird or horror tales, but to assign one word to the people, places, ghosts, and gods in this work, one can only use the word strange. This collection of supernatural tales includes twenty stories translated from old Japanese texts. Hearn was made a professor of English literature in the Imperial University of Tokyo in 1895, and is today revered by the Japanese for providing significant insights into their own national character.