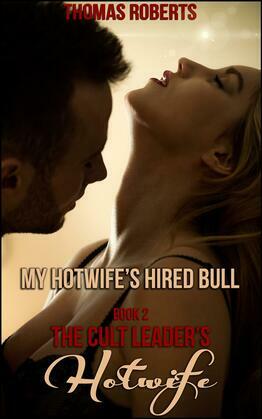 by Thomas Roberts (Author)
Buy for €2.99 Excerpt
Fiction Erotica Romance Adult
warning_amber
One or more licenses for this book have been acquired by your organisation details

The Companion has his pick of women; his cult exists to find married women eager to give themselves to him. When they do, he leaves their men in poverty, living in one of the tiny cabins on his ranchwondering how he makes their wives so eager to submit to him. It worked on Jolene and Edgar. But will it work on Scarlett and David?

Scarlett finally turned to me, her face flushed pink and her upper lip sweaty. "Dave, I love you, but I want him. I want him so badly I may rip my clothes off for him."

There was nothing overtly sexual about anything they were doing, which was the point. Still, I couldn't shake my sense of dread. What if they got along too well together? My wife didn't know Terrell was a rented date. She thought he was an available guy. Had I made a terrible mistake?

When he returned, Scarlett stared at his crotch, and when he slid back in the booth, she pressed against him. Terrell whispered something in my wife's ear, and her eyes closed, and her mouth fell open as I watched closely through an alcohol haze.

"Oh, please, yes, do that," my wife paid no attention to the dessert. "I will, I promise. Anything."

The three of us tried to fit in the front seat of my car for the ride home. I drove while Scarlett sat on Terrell's lap, his hand resting on the top of her thigh. I was getting my wish, but I hadn't counted on the hurt of being ignored. I thought Scarlett and I were in this thing together, and we'd be sharing the experience, but my wife wasn't acting the way I'd expected.

Once I'd parked in our garage, and they'd climbed out together, I realized that I hadn't counted on the feeling of being deserted by my wife. Then I showed Terrell to the tiny pool house, and we made sure the windows wouldn't obstruct my views and their sounds.

I hugged my wife in our bedroom, noticing she'd changed into a nearly transparent nightgown. Scarlett had been excited by our dinner with Terrell and expected something from her husband. As tempted as I was, and no matter how good she felt, I stuck to the script, claiming I was far too tired to do anything and went straight to bed.

My wife stood with her hands on her hips, clearly agitated, and said, "I think I'll make sure Terrell has everything he needs if you don't mind."

"Good idea," I said, closing my eyes and settling into my pillow.

From the upstairs window, I watched my wife walk past the pool toward the tiny house, and as she passed under one of the lights, she started to pull off her nightgown, and she looked spectacular.

The outside lights were motion-activated, so I flipped the switch so they wouldn't come back on. I reached the poolhouse in time to see Scarlett on her knees in front of Terrell...