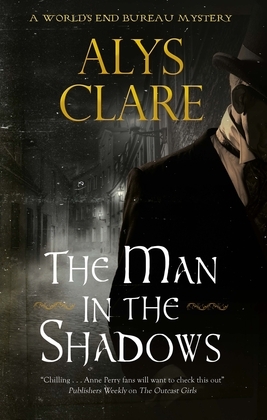 The Man in the Shadows

Private investigators Lily Raynor and Felix Wilbraham tackle a puzzling miscarriage of justice and the curious case of a missing child, in the new, gripping World's End Bureau Victorian mystery.

London, August 1881. After a difficult few months, the World's End Investigation Bureau is thriving. Affairs, sex scandals, divorces . . . Lily Raynor is delighted to have so much work for herself and her capable assistant, Felix Wilbraham, but she can't help wishing for a case that doesn't involve the rich, over-indulged - and not terribly moral - upper classes. It's a wish she soon has cause to regret.

The Reverend James Jellicote arrives at the Bureau, seeking help on behalf of an elderly Jewish refugee who fled the pogroms in Russia. Yelisaveta and her young grandson arrived safely in London, only for the unspeakable to happen: eleven-year-old Yakov disappeared, without a trace. The case is impossible to refuse, but seems equally impossible to solve.

And troubles don't come alone. Soon, Lily and Felix have another impossible puzzle on their hands. Hop-picker Abel Spokewright was hanged last year for murder, but his brother Jared is determined to clear his name. If Abel didn't kill cheerful, pretty dairymaid Effie, though, who did? Only one thing's certain: the murderer isn't going to be happy about having the past raked up . . .