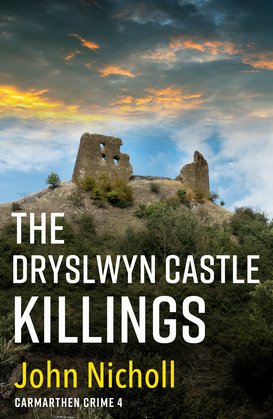 He’s inside her home.

Successful novelist Mia is being stalked. Photos of her and her four-year-old daughter arrive in untraceable emails that demand Mia perform various tasks or else . . . Terrified, Mia tries to escape, but the killer follows her all the way to Italy. In desperation, she returns home, but nowhere is safe.

Meanwhile, DI Gravel is investigating the murder of three women. The detective’s last case pushed him to new extremes. Now with his health failing and his career at an end, what lengths will Gravel go to in order to catch a vicious killer?

Once you’ve crossed the line, can you ever turn back?

This is the fourth book in the dark, edge-of-your-seat Carmarthen Crime thriller series set in the stunning West Wales countryside.

*Previously published as Every Move You Make*