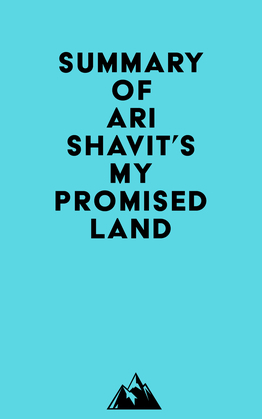 by   Everest Media (Author)
Buy for $3.99 Download sample
Nonfiction History History by country Middle East
warning_amber
One or more licenses for this book have been acquired by your organisation details

#1 The need to give Palestine to the Jews is almost tangible. If the Jews won’t disembark here, they will have no future. The Jewish people desperately need a new place, a new beginning, and a new mode of existence.

#2 My great-grandfather, Herbert Bentwich, was a leading figure in the Anglo-Jewish community. He was married to a beautiful, artistic wife who was raising nine children in their magisterial Avenue Road home. He was a self-made man who loved travel, poetry, and theater.

#3 The second answer is that Herbert Bentwich was way ahead of his time. He was committed to ending Jewish misery in the East, but his main reason for taking this journey was to escape the futility of Jewish life in the West. He saw the calamity that would follow the Holocaust.