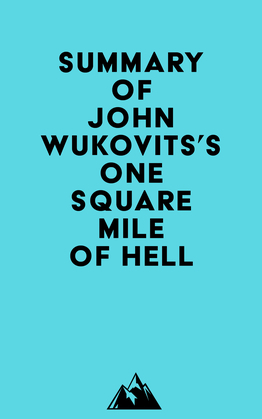 Summary of John Wukovits's One Square Mile of Hell

#1 The Battle of Tarawa was the first major battle the United States fought in the Pacific theater. It was also the first time many of the young Marines had ever been in combat, and they were shocked by the violence and brutality of the enemy.

#2 The landing on Tarawa was the most haunting memory of World War II for many veteran correspondents.

#3 Charlie Montague and Gene Seng were two friends who liked to work on cars and horses together. They also understood risk, as they knew what it was like to be in danger every time they took a car out in public.

#4 Charlie was very introverted, and he preferred to spend his time dreaming and reflecting. He had a lot of thoughts about Lucille Miller, the love of his life, whom he had met when he was blind dating her friend for her junior prom.