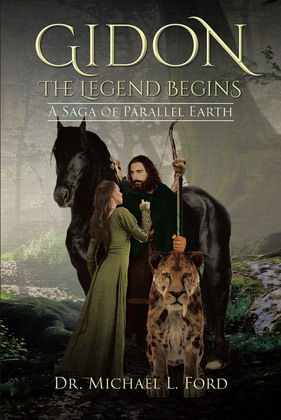 The Legend Begins: A Saga of Parallel Earth
by Ford,Dr. Michael L. (Author)
Buy for $9.99 Download sample
Fiction Science fiction Adventure
warning_amber
One or more licenses for this book have been acquired by your organisation details

Gidon is a big lad at sixteen years. It is time for him to be betrothed to a young woman whom his father approves of. And he longs for a wife he can love forever. There is no shortage of candidates who would like to have him as their husband. His father is one of the wealthiest men in the village of Eastwatch by the Rising of the Little Dan, and Gidon is considered not only strong but handsome as well. Except for a gap of three hundred years, Gidon's family has a long history in the village.The forefathers of Gidon had traditionally been foresters, and he wished for nothing else for himself. His dream was of a loving wife and a life spent enjoying the forests, which would also provide his living. But this was not to be. An event that happened the year before our story begins would change his life. It would draw the attention of the chief of the Long Knives, and he would promise Gidon nothing more than an interesting life, provided he lived long enough.What would follow would be a series of events that proved the value of the education he had received from Bishop Elisha, during the snowed-in winters, of his brief childhood. He would encounter the leviathan and the sabretooth, the giant and the witch, all the while increasingly seeing the superiority of the Invisible God over the pagan beliefs that once ruled Aleman, his native land.Gidon's deeds will affect the lives of many people, but always his unfulfilled desire is to get back to Getrudis, the girl whose protector he had become when they met.